The Believer and the Beloved is a new Bible study based on Watchman Nee’s book The Song of Songs, an allegorical look at the Song of Solomon. Love stories have their ups an downs as two individuals navigate a growing relationship. Just like those romantic movies, a Christian’s bond with the Beloved has its ups and downs as the relationship grows and matures.

Watchman Nee became a Christian in mainland China in 1920 at the age of seventeen and began writing in the same year. Throughout the nearly thirty years of his ministry, Watchman Nee was clearly manifested as a unique gift from the Lord to His Body for His move in this age. In 1952 he was imprisoned for his faith; he remained in prison until his death in 1972. His words remain an abundant source of spiritual revelation and supply to Christians throughout the world.

I’ve been quiet for a few months finishing up my Christian SciFi novel. But now Star Song is out. It was  a fun project and received three 5-star ratings from Readers’ Favorite. 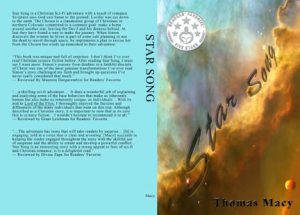 While Science Fiction ranks 5th out of all genres, its absence from the Christian book market is conspicuous. And, according to online book marketing sites, those authors that do write in this market often have their works labeled fantasy rather than Science Fiction. Star Song and its sequels will be based on real science when science comes into play.

Star Song was the result of the intersection of two lines of thought. 1) If God imprisoned Satan on Earth, how would that affect Christians settling another planet? And 2) reading a couple of interesting articles on the theory of Relativity, I pondered how I could present the concept of relativity and time dilation in a fun yet educational way? Thus Star Song!

One of the biggest Christian writers conferences is the Colorado Christian Writers Conference at YMCA of the Rockies in Estes Park. It’s coming up May 16-19. Something like this is a must for any would-be author. Go to http://Colorado.WriteHisAnswer.com for more information. 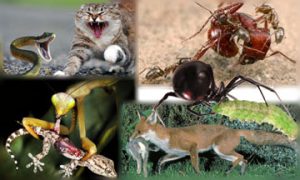 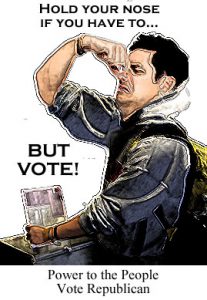 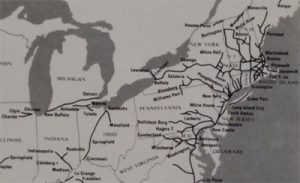 I sometimes get angry at people, but usually I can control myself and not let it show. However, last week I displayed it for all to see. We had our caucuses in Colorado. When the head of our party in our precinct said he would not vote for a candidate he didn’t like, I lost it. In a two party system, EVERYONE should vote, and it should be a party vote not a person vote! AT LEAST THAT’S WHAT I THOUGHT.

On the way home, my wife reminded me that God is sovereign and in control. Nothing happens outside of His will. Then, at 2 a.m., that bit of wisdom woke me up. What does scripture say about voting? This missive will focus on two scriptures that struck me in the middle of the night.

In his dedication to Parliament at the front of “Ill Newes From New England,” John Clarke states the Lord Jesus has been given all power in Earth and has chosen to wield that power by a “two fold administration of power suitable to the two fold state or being of man.” Baptists at that time used Matthew 22:21 (Render unto Caesar…) to support this position. We live in a world that has both a “Caesar” side and a “spiritual” side. In a Republic like ours, voting is in the former. So, a Christian should be able to vote using good sense. In fact, God puts in place governments and our participation is a responsibility. Ah-ha! Support for my contention.

BUT, not so fast. Romans 14 came to mind. So, turned a few pages further on and read verses 2-14: One person has faith that he may eat all things, but he who is weak eats vegetables only. 3 The one who eats is not to regard with contempt the one who does not eat, and the one who does not eat is not to judge the one who eats, for God has accepted him….5 One person regards one day above another, another regards every day alike. Each person must be fully convinced in his own mind. 6 He who observes the day, observes it for the Lord, and he who eats, does so for the Lord, for he gives thanks to God; and he who eats not, for the Lord he does not eat, and gives thanks to God….13 Therefore let us not judge one another anymore, but rather determine this—not to put an obstacle or a stumbling block in a brother’s way. 14 I know and am convinced in the Lord Jesus that nothing is unclean in itself; but to him who thinks anything to be unclean, to him it is unclean.

I submit that eating or observance of days can be extrapolated to voting.

As always, feedback is welcomed.

When Ann was tracking down the man who “ruined” her, whales were being hunted and killed. (She pictured sticking him to the deck with one of those killing lances.) Now we go to great lengths to save them. Whales and fishing nets don’t go together. Here is a video of a rescue of a Humpback whale in the Sea of Cortez. Someone sent this to me in one of those chain emails that I seldom open. The title of this one caught my attention.