Baptists like John Leland influenced the creation of our Constitution. Last week, I met a fellow author in Windsor. As we walked out of the library, I mentioned what our early Baptist forefather John Leland said, that the idea of Christian Nation “should be exploded forever.” “Oh, yes,” my friend answered. “My Christian history classes talked about him.” 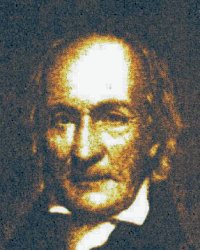 Many of my friends disagree with Leland’s POV and they’re in good company. In 2011, Focus on the Family posted an article on their website. It discussed the spiritual aspect of civil marriages. This year they again affirmed this position that the civil marriage license should have spiritual significance.

Yet, in the reality of today’s culture, civil authorities and conservative religious institutions use the word “marriage” with two different definitions and applications. Until the church and the state decouple the use of this word, situations like we now have with Kim Davis, will occur more frequently. IMHO John Leland would want to see this unlinking. Some nations (e.g. Belgium, the Netherlands, and Turkey) require a civil ceremony separate from a religious one. So, in those countries, a couple that wants to be married before God, must have a separate ceremony.

Early Baptists believed Matthew 22:21 was our Lord’s indication that there is a two-fold form of government, civil and spiritual, and that these should be separate. How we define separation impacts how we view our society today. What do you think is meant by separation of church and state?

Most folks today will say the term “separation of church and state” comes from the phrase wall of separation appearing in a letter from Thomas Jefferson to the Danbury Baptist Association in 1802. However, the idea was not new. Our Baptist heritage is replete with proponents of both a “civil and spiritual state.”

Thomas Helwys believed government exists for the benefit of all citizens be they “heretics, Jews, Turks, or what-so-ever.” [A Short Declaration of the Mystery of Iniquity, Classics of Religious Liberty 1 (by Richard Groves), Copyright, 1998, Mercer University Press, Macon, Georgia, USA.] This could not be true if one religious belief became THE established faith of the land.

John Leland, leader of Virginia Baptists following the Revolutionary War, discusses the idea of a “national church” in a sub-section titled “The Reasons of Their [Baptists] Dissent.” In that book, he writes, “The notion of a Christian commonwealth should be exploded forever…Government should protect every man in thinking and speaking freely, and see that one does not abuse another. The liberty I contend for is more than toleration. The very idea of toleration is despicable; it supposes that some have a pre-eminence above the rest to grant indulgence, whereas all should be equally free, Jews, Turks, Pagans and Christians.” [“The Virginia Chronicle,” The Writings of the Late Elder John Leland, G. W. Wood, 29 Gold Street, New York, 1845, p 117-118]

In his dedication to Parliament, John Clarke states the Lord Jesus has been given all power in Earth and has chosen to wield that power by a “two fold administration of power suitable to the two fold state or being of man.” [Ill Newes From New England, H. Hills, 1652, p 4-5]

What do you think is meant by separation of church and state? I’d be interested in your thoughts.